Last week, for 52.4 Billion Dollars, Disney went out and bought their competition. As it stands, once this 21st Century Fox deal is official, Disney is going to own almost a 4th, maybe even a 3rd, of Hollywood: The 21st Century Fox movies and tv shows, National Geographic, FX, and Hulu. In other words…

Let’s be honest though, there are a million websites that are all covering this deal and they’re all doing it the exact same way.  That’s why, with the help of Secret Thoughter J, we at Thinks of a Thoughter have something different in mind for today. Today, in our secret meeting room (group chat), we came up with the brilliant and most original idea of a top 10 list. That’s right folks! Today, on this very special edition of Deja News, the every Monday article where I talk about the news you already know about, I’m ranking the 10 best things that Disney now owns after buying 21st Century Fox. Please be excited… 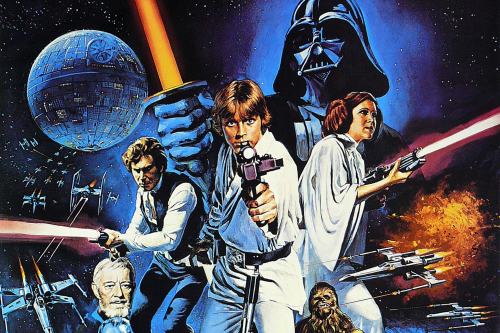 I know what you’re thinking and no, I haven’t been living under a rock. I’m well aware that Disney owns Star Wars, but what they didn’t own were the distribution rights to the original theatrical version of Episode 4. The great thing about Disney having this means that we are now finally at the end of the longest waiting game ever. Star Wars fans have wanted a release of the original trilogy “unedited” and now it can finally happen. It’s not the most impressive thing they own, but it will certainly make a lot of people happy.

9.) Alvin and The Chipmunks

For the last 10 years, Fox has done a pretty great job of making the Chipmunks pretty terrible. They literally made a movie called Alvin and The Chipmunks Chipwrecked. There’s also another one called The Squeakquel. Like I said, they spent the last 10 years trying to ruin these iconic figures. See, what a lot of people don’t remember, is that the Chipmunks actually used to be loved by everyone. When the first Chipmunks movie was released, a lot of people were excited: both children and adults. The Chipmunks were once loved and now that they’re in the hands of Disney, maybe they can be loved again. 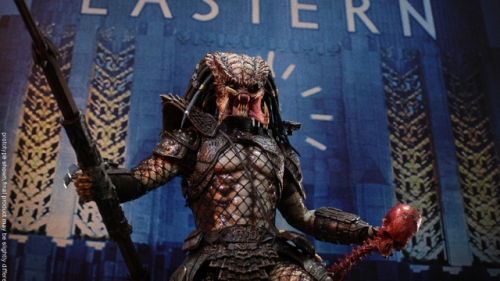 There’s a lot riding on the next Predator movie that’s coming out in 2018. If it’s a big hit, the executives at Disney are probably going to keep this train rolling, but it’s a bad film that causes audiences to say, “NO MORE,” then that’ll be it. As someone who’s loved Predator since the days of getting to the chopper and the famous dread locked alien fighting Childish Gambino’s dad in Los Angeles, I’m really hoping Predator can keep going because I think if done right, Disney has a really amazing property on their hands. 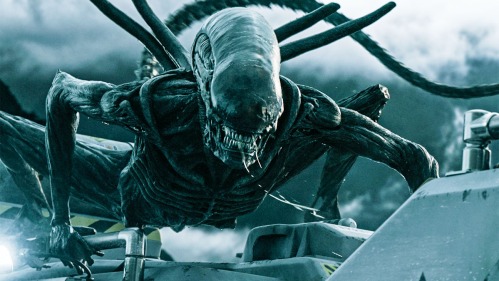 What is there that needs to be said about the Alien franchise? The original is the one of the greatest horror films of all-time and the sequel is one of the greatest action movies of all-time. On top of that, the modern day Alien films, Prometheus and Alien: Covenant, are fantastic films. I know Covenant wasn’t the biggest hit in the world but it was one of the best films of 2018 and I personally think, much like Predator, it would a shame to see such a legendary series disappear.

6.) The Chronicles of Narnia 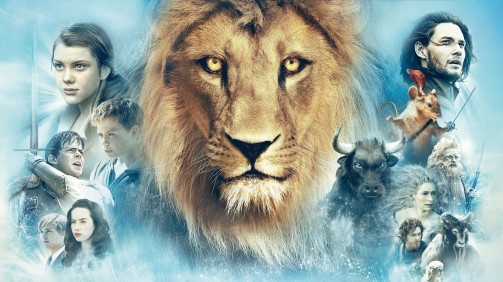 Yes, I put Chronicles of Narnia ahead of Alien and Predator, but I can explain. The Chronicles of Narnia, especially The Lion, The Witch, and The Wardrobe, is such an amazing story and a long time ago, Disney turned it into an amazing movie. For whatever reason though, Disney walked away from the franchise. Now that they have it again, I believe that the sky is the limit with what they could do with the franchise. Of everything I have listed, I actually think Narnia could end up being one of the most vital properties that Disney ends up with after this deal is finalized. We’re all aware that in 2019 Disney’s streaming service is coming, and as of right now there isn’t a lot of new content that will be aired. I believe this is where Narnia comes in. Imagine a Game of Thrones style story but for younger audiences. Each season could be a book, and if the shows are done correctly, Disney could have a decade’s worth of content on their hands all from this one source.

Due to Fox’s lack of care when it comes to the Fantastic 4, a lot of people… pretty much everyone, just makes fun of them. It’s kind of a shame really. At least two of the members, The Thing and Johnny Storm, are actually pretty cool. Ironically, the reason The Fantastic 4 are so high on the list has nothing to do with the Fantastic 4. The truth is, every comic fan should be really excited at the thought of Disney owning Fantastic 4 because it means that the MCU heroes now get to interact with characters like Dr. Doom, Galactus, and my personal favorite, The Silver Surfer. The addition of the family of 4 adds some well needed depth to the MCU and I for one can not wait to see how they mix with our other heroes.

It’s Family Guy, is there really much that needs to be said? Not only does Disney now own the rights to one of the most popular animated shows of the last decade, but this is yet another piece of property that makes their upcoming streaming service look even more amazing.

It’s The Simpsons, is there really much that needs to be said? Not only does Disney now own the rights to one of the most popular animated shows of the 30 years, but this is yet another piece of property that makes their upcoming streaming service look even more amazing.

The most obvious number one in the history of number ones. The reason so many of us are okay with Disney monopolizing the film and tv industry and putting it at risk of crippling it forever. That’s right, it’s the X-Men! Wolverine, Cyclops, Deadpool, Magneto, Professor X, and the list goes on and on and on. Finally, not only will we get to see the X-Men interact with the other MCU heroes but there’s actually a chance that we’ll get an X-Men movie that’s actually a proper X-Men movie. Out are the days of heroes in all black suits who don’t act like the X-Men we know and love and in will be the classic costumes with actual colors worn by characters that actually act like… their characters. Shocking! On top of the classic X-Men, Disney now owns everyone’s favorite R rated super hero Deadpool. While fans have shown concerns about how Disney would treat Deadpool, they’ve already come and made everyone feel better by saying they know the fans love the R Rated hero and they have no plans on changing him. Whether he interacts with the other MCU heroes is a different story for a different day. Not only does adding X-Men to Disney’s catalogue positively effect the movie side of things, but it also adds more depth to that upcoming streaming service. Remember that 90’s X-Men cartoon? You know that’ll be on there and you know we’ll all be binge watching it. And when we’re done binge watching that, don’t be surprised if there’s a new X-Men show waiting for us.

Well, what do you think? Did I miss anything? Obviously, there were a few things I left off the list that I thought Fox had kind of ruined. Movies like Die Hard and Ice Age would really need a long shelf life before attempting to re-enter the movie world again. Another notable title that didn’t make the list was the X-Files. Much like Predator, I feel like the show is really going to live or die off how well fans take to the upcoming new season. And obviously there’s so much more: Planet of The Apes, Big Momma’s House, Anastasia, and the list goes on. So, feel free to dive into the deep well of movies that Fox has put out over last near century and tell me what you’re excited to see Disney bring back.