Before you go any further, I’m about to spoil everything. So if for some reason, you clicked on a Game of Thrones article that mentions season 8 and you haven’t watched season 7 yet, don’t read this. At least not until you catch up!

There’s also this other question I have that isn’t in my top 5 about Arya’s dagger. It kind of breaks my top 5 list but not really because it still involves Bran and the Night King. It’s also my list, so who cares?  The dagger that was used to try and kill Bran in season one is now in Arya’s possession. During season 7 there was a scene were Sam was reading a book (surprise, surprise) and while he was flipping through the pages, what did we see, the dagger. We also learned that the dagger is made of valryian steel, the material that kills white walkers, aka THE NIGHT KING. Obviously, the dagger that was used to try and kill the Lord of Li… I mean Bran (wink wink) showing back up to now potentially kill the Night King couldn’t be a coincidence. So what does this mean? I don’t know. Who do I look like, George Rail Road Martin?

This season it was officially revealed that Jon was not only a half Targarian half Stark, but he’s also not a bastard. His name isn’t even Jon. This whole time, it turned out we were the ones that knew nothing. What we do know now is that Jon not being a bastard means he’s the rightful heir to the throne. In other words, after all these years of Daenerys telling anyone that’ll listen that she’s the rightful heir to the throne, she’s not. Will this result in Daenerys suddenly challenging Jon for the throne? Personally, I don’t think so. Jon would pretty much rather do anything other than sit on the iron throne. If Daenerys wants it, as far as Jon is concerned, she can have it. Also, they’re bumping uglies now. Wouldn’t a wedding solve these issues?

Where Jon’s lineage might matter though, is with who sits on the throne next. In season 7, we got a really weird scene where Tryion asks Daenerys about a successor since she can’t have children (wink, wink). Well, I was never good at math but if one person who has claim to the throne has sex with another person that has claim to the throne and then those people make a baby, how many apples do they have? Spoiler: The rightful heir to the throne is the answer.

In so many words, you could say I’m a giant Gendry fan. So when my boy finally showed back up, I was excited. It was with his return that I started asking the obvious question. Why’s he here? Surely he didn’t return after all these years just to become a side character, and while I have my own personal theories of what Gendry’s fate will be, I acknowledge that the show might take us down a different road.

When first meeting Jon, Gendry was way too excited to announce that he and Jon should be best friends. Anytime this sort of thing happens, especially in a show like Game of Thrones, it means bad things are soon to follow. I’m not saying Gendry is a spy or anything crazy like that, but what if something happens next season that causes a rift between the two. While Gendry thinks that his dad was best friends with Jon’s dad, the reality is, that couldn’t be any further from the truth. Gendry’s father actually murdered Jon’s dad with the very same hammer we saw Gendry wielding when he returned. Assuming someone was nice enough not to leave Gendry’s hammer beyond the wall, could something similar happen again?

How long will it take the Night King to attack Winterfell? Throughout the entire show, I’ve always been able to explain away how quickly characters are able to move around the map. A scene happening on the wall might be happening days, weeks, or even months apart from scenes happening at Winterfell or King’s Landing. Thinking this way has the show make more sense when a character shows up somewhere they couldn’t possibly have traveled to so quickly. After season 7 though, I had to push that idea out of a window like it was a small boy… the things I do for love. This season, characters were teleporting around like they were Night Crawler (another blue devil, coincidence). Don’t get me wrong, a teleporting dragon sounds awesome, but it doesn’t exist in the show, at least not yet.

So with that being said, how long will it take the Night King to reach Winterfell? Is there a reasonable explanation that could keep the army of the dead away for longer than one episode? Will we suddenly be introduced to all of the other houses that reside up North that book readers bring up alllllll the time? 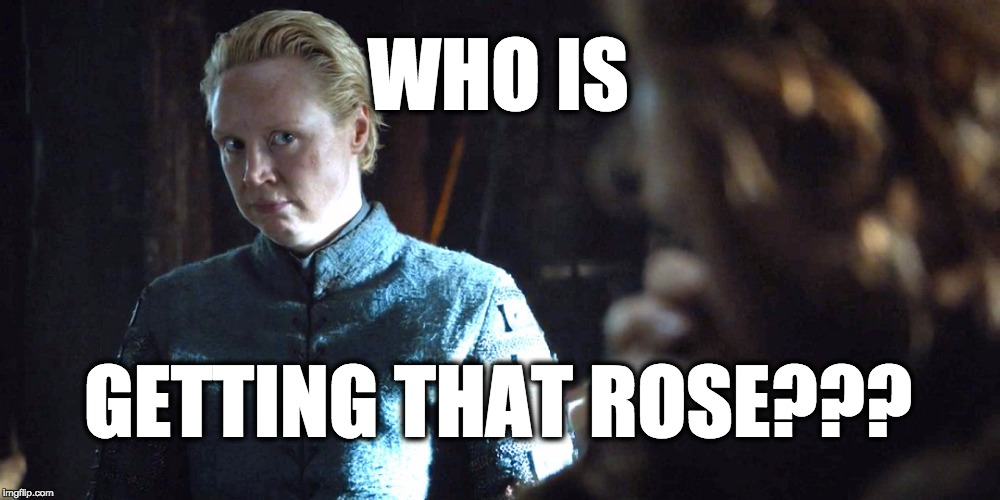 While most would assume that the final question is, who is sitting on the iron throne, those people would be wrong. That’s something we can get into at a later date. The most important question is, who is Brienne gonna pick? So many suitors for the woman that so many claim is hideous: the Hound, Tormund, Jamie, and maybe dark horse Podrick. What’s a girl to do? Oh, the drama! It’s like a season of the bachelorette up in here! Personally, I’m not sure any of them are good enough for her. The Hound is an ass, Jamie is too busy trying to figure out if he still wants to bang his sister or not, Tormund, while sweet, is an idiot, and Podrick, while hung like a horse, is an idiot. If I’m forced to choose a proper suitor for arguably my favorite Game of Thrones character, I’d put her with my other all-time favorite Thrones character. He’s sweet, lovable, a hard worker, and knows that browning the butter is the best way to make a proper bread. 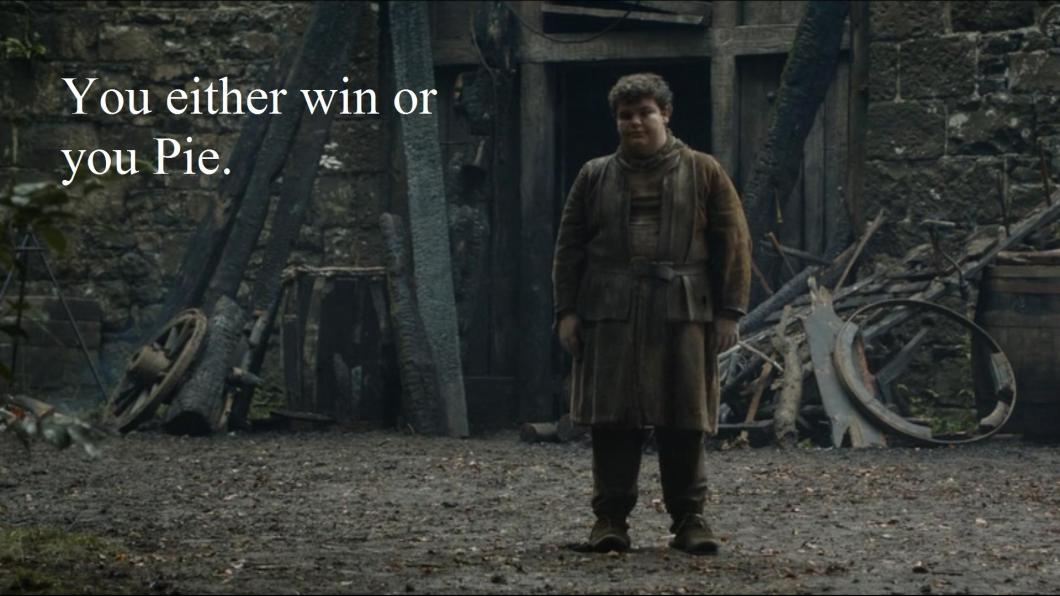 Thank you so much for reading this! There are of course a million theories and questions that I could have talked about, so feel free to tell me about your’s down in the comments below either here on the site or back on the Facebook page.