Why DC’s Newest Movie is a Disaster (Deja News) 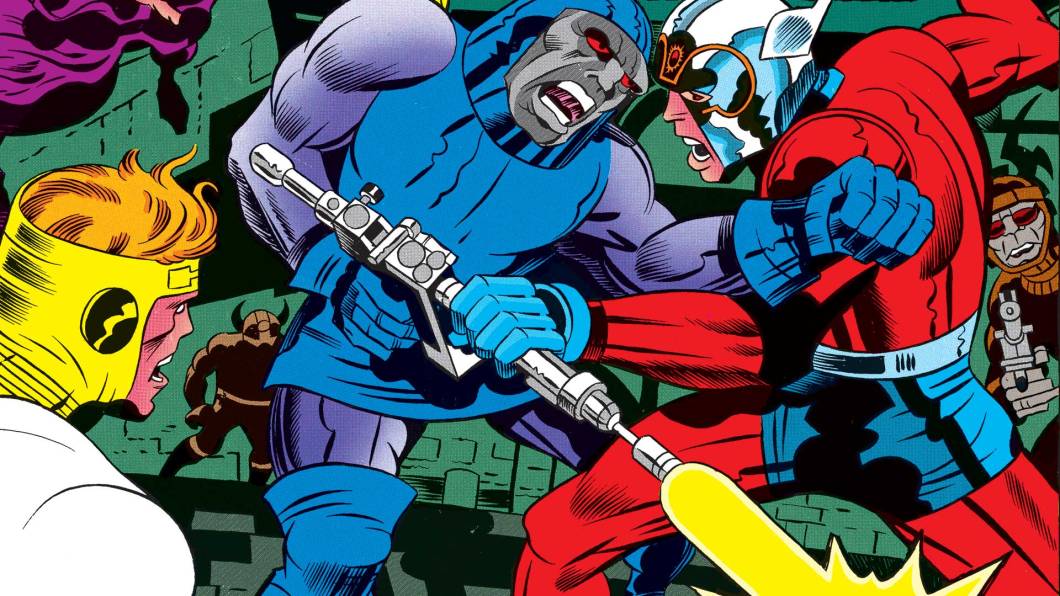 Welcome to the new and hopefully improved Deja News. The every Monday segment where I look back at the previous week, find its most interesting news stories and talk about them. In the past, Deja News would be one big article where I discussed multiple new stories but from now on, Monday will see several articles posted where I discuss last week’s news in, hopefully, an interesting way. So let’s kick off the new Deja News with old faithful themselves, DC.

The people in charge of the DCEU continues to march forward with the idea that Darkseid should be their cinematic universes’ “big bad” and it’s with this idea, that fans should start realizing that they may never get another good live action DC film again. That’s right folks, we’re getting a New Gods movie made by Ava DuVernay, the director of the recently released film A Wrinkle in Time, one of the worst movie I will have seen by the time the end of the year comes. DuVernay did make Selma which a lot of people do love, so I’m not at all trying to suggest that she’s a bad filmmaker, because visually, A Wrinkle in Time offered stunning scenes. I’m only suggesting she made a bad film and that may be hiring another director that, based off of A Wrinkle in Time, is style over substance isn’t the best way to go.

Not to only pick on DuVernay though, DC and Warner Bros. are big enough headaches on their own. DC has done everything it can to keep Darkseid out of their films. Every time a new film in DCEU is released, a story will inevitably come out that there is a deleted scene that mentions Darkseid or was going to show Darkseid, but instead someone higher up in the company decided to remove the scene. Justice League, while downright awful, did at least end on a positive note. And it was during the end that I thought to myself, “Wow, look at DC willing to have some fun for a change.” The end of the Justice League presented a future with superheroes in bright colored costumes, comedic relief, and no Darkseid.

Why Darkseid as a Cinematic Villian Doesn’t Work

Just what are the New Gods? Who exactly is this Darkseid guy? Keep in mind that a lot of what I’m about to tell you is going to sound like DC Comics ripped off Marvel but in actuality, during this time of making comics, everyone was ripping everyone off. So I’m not throwing shade at any of the great creators of the past. I’m merely pointing out that doing introducing Darkseid and The New Gods will lead to younger viewers of comic book movies thinking that DC is just ripping off Marvel.

Darkseid rules a planet called Apokolips. Once again, I’m not making fun of Jack Kirby, the creator of The New Gods. I think he’s one of the most important and influential creators in comic book history. That being said, the bad guy coming from a planet called Apokolips was probably really cool in 1971, but in 2018 audiences will either think back to the X-Men baddie of the same name or just roll their eyes at the fact that a planet is named Apokolips.

Darkseid is Thanos. There’s just no getting around that and from what I’ve been able to gather, Darkseid was first, but that doesn’t matter. Thanos is about to be the star of the biggest movie, possibly of all-time, this Summer once Infinity War releases. Putting Darkseid out into that environment is a recipe for disaster. Not only do the characters have similar attributes physically, but they both from space, they both want to collect a specific number of items that will grant them god-like power. Remember the mother boxes from Justice League? They’re just Infinity Stones. Nearly everything about Darkseid is identical to Thanos and the fact that, as I stated earlier, even after DC gave themselves an out from this character, they are willing to go back to him again is mindblowing.

The Dark Future of DC Films

With Aquaman coming out this December, DC’s film library looks bleak. After Aquaman, assuming there is an after Aquaman, we can look forward to Shazam, Suicide Squad 2, Gotham City Sirens, Batgirl, NightWing, a Stand Alone Joker movie starring a different Joker than the one that’s in Suicide Squad, a Flash movie, Wonder Woman 2, Justice League 2, and a stand-alone Batman movie not starring Ben Affleck. The best part about all of these announcements is that as one movie is announced to the world, another disappears into complete darkness. Is Suicide Squad 2 and Gotham City Sirens the same movie? Is Gotham City Sirens even still happening? What about the Batgirl movie now that Joss Whedon has left the project? Why did DC take Ben Affleck off the stand-alone Batman movie? Wasn’t the whole of casting him as Batman so that he could direct and write stand-alone films? What’s happening?

How did DC go from winning the superhero race with Christopher Nolan to now not even being on the race track? Then again, maybe I’m wrong. Maybe by this time in 2020 or whenever this film is slated to release, names like Orion, Highfather, and Metron will be household names. After all, Marvel was able to do it with a talking a raccoon, though I highly doubt it.