3 Reasons Why The “It” Sequel Could be a Disaster

After watching “It”, I left the theater feeling a lot of things. The feeling that seems to have stuck with me the most is confusion. Perhaps it’s because I grew up with the source material and the original tv movie. Maybe this is all just too close to home, but the changes that were made for the most recent telling of this story really bothered me. Not just because they were different from what I know, but because as I think more and more about those changes, I come to the realization that the sequel to this film will be a story that I don’t recognize at all. Yes, the kids will now be adults who travel back to Derry, Maine to fight off a returning Pennywise but other than that premise, so much will be different and if it’s not, I’m not sure it will make sense.

Obviously, if you haven’t seen the latest Stephen King adaptation, stop reading this because I’m going to spoil certain things from the film. It’s unfortunately the only way I can really discuss my concerns for what may be to come.

As I just mentioned, all of the now adult main characters will return to Derry to fight Pennywise, but because of the changes the film made, what brings the characters back should be different. In both the book and the original film, Mike Hanlon stays in Derry and becomes a librarian and an amateur historian of the town he calls home.  Famously in the original film, there’s a scene where Mike is showing the other Losers his grandfather’s album of news paper clippings that tell the history of Derry. It’s this scene that shows the audience that Mike is interested in the town’s history. That scene is a quick preview of what’s to come for Mike.

In the remake, it isn’t Mike that shows off the history of Derry, it’s Ben. And with this change, I assumed that it would be Ben in the sequel that calls all of the characters back to Derry, not Mike. Unfortunately, in a recent interview with Entertainment Weekly, director Andy Muschietti spoke about his plans for Mike in the upcoming sequel that include Mike being a “junkie librarian” who takes drugs to alter his mind so that he may learn how to defeat Pennywise. Yes, the idea of a character that stays in Derry becoming mentally and physically weak because he’s kept his memory of the monster is an interesting take, but that character, based off of what happens in the 2017 film, shouldn’t be Mike, it should be Ben.

Muschietti also said in the interview that he plans on having flashbacks that give us more time with the kids from the first film. I can only assume that in one of those flashbacks or at the very least, a conversation with the characters as adults, the film will explain when Mike got so interested in books and the history of the town. Until that scene flashes across my face however, I’m only left with my concerns.

Henry Bowers is a unique character that, while being a complete piece of trash, also has a back story that allows for some sympathy to be given by the audience. The film tries to explore that but I personally thought it came up a little short. That isn’t really going to be a problem when it comes to the sequel though because HENRY BOWERS IS DEAD.

Near the end of the film when Pennywise convinces Henry to kill the the Losers, something that doesn’t make sense at all, Bowers goes to where the Losers are and tries to kill Mike. Henry is shockingly killed in a matter of seconds into the fight as Mike pushes him down a well where we see his body bounce back and fourth against the rocky wall, falling 100’s of feet to his death. This part of the film makes absolutely no sense.

In the original film, Henry and his friends follow the Loser’s Club down into the sewers because of the rock fight that the two groups had. Henry wants revenge and if they are trapped down in the sewers, it’s his best chance. In the book, somewhat similar to the remake, Henry and his friends go into the sewers to chase after the Losers because Pennywise has some sort of control over Henry. They aren’t really being sent down there to kill our main characters though. Pennywise sees this as an opportunity to increase fear in the Losers and to feed on Henry and his friends. In the remake, Henry is literally sent there to kill the kids. Why? Pennywise doesn’t want them dead. He wants to feed on their fears. If Bowers actually succeeded and killed the kids, Pennywise’s entire plan would be ruined.

The actual Pennywise and Bowers team up doesn’t happen until all the characters are adults. Originally, when Henry and his friends go down into the sewers, Pennywise kills both of Bower’s friends. Bower’s manages to escape but is ultimately charged with the murders of all the kids that Pennywise has killed. Adult Bowers, now in a mental institution, is visited by Pennywise and made to help him kill the Losers. This is all done because Pennywise is too weak to fight the adult Losers on his own.

Combining the adult and kid storylines from the source material is what convinces me that Bowers really is dead. Was there water at the bottom of the well that allowed him to live? With the power of screen writing, that could still happen, but if he does return, we’ll only be reliving the same scene that we saw at the end of first film and to that I say, no thanks. 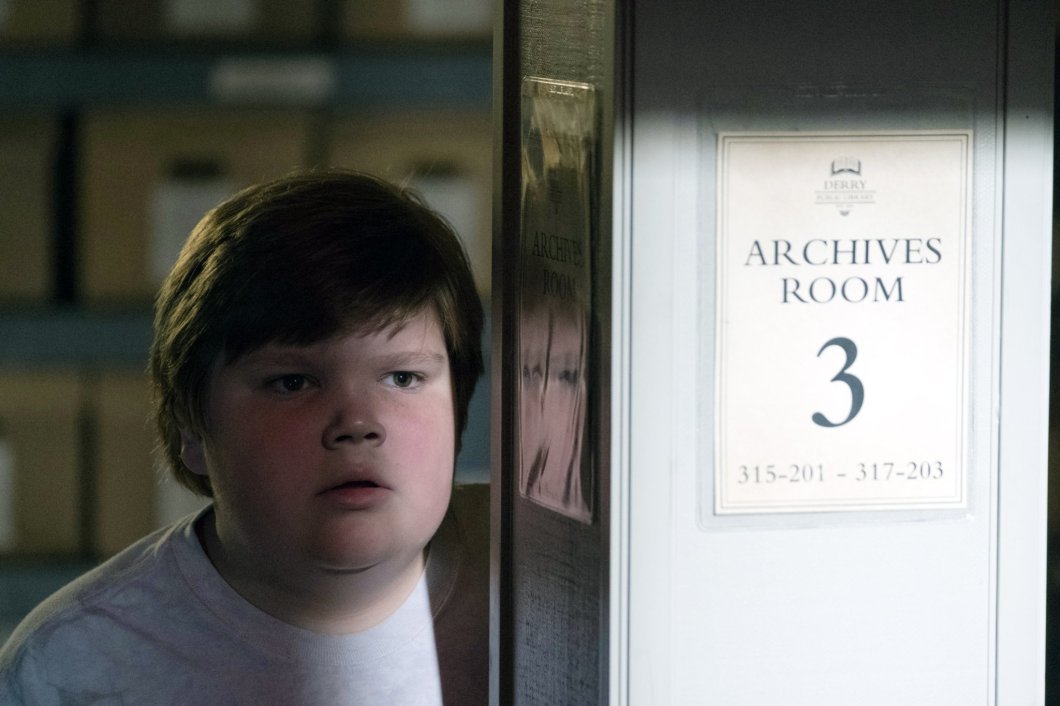 The relationship between Ben Hanscom and Beverly Marsh is a really cute love story that takes decades for it to finally find completion. As a young boy, Ben writes Beverly a poem, and for years Bev assumes that Bill, the leaders of the Losers, wrote it. It wouldn’t be until everyone returns back to Derry that Bev learns the truth about Ben and his feelings for her. Sparks fly and everyone ends up happy. The 2017 movie does something very different and honestly I’m not sure there is a way to fix it.

In a very cheesy scene, Ben kisses Beverly to wake her up from a trance that she’s been put under by Pennywise. When she wakes up they both say the poem together. Bev now knows, as a little kid not an adult, that Ben wrote the poem. When we eventually see them meet up years later in the upcoming sequel, the reveal that Ben saw Bev as more than a friend is gone. This time around, if the sequel decides to continue the Ben and Beverly love story, we’ll see Beverly “falling” for an adult Ben that is no longer the fat kid at school. If handled poorly, adult Beverly could come off looking very shallow. She wasn’t interested in Ben was he was overweight but now that he’s successful and in shape, she is?  That’s not a good look. The love story works because she simply never knew that he thought of her like that.

Based off how the remake ends, the audience is lead to believe that the poem, while sweet, didn’t really mean that much to Bev once she learned who wrote it. The final goodbye between Beverly and Ben is told through a montage. The moment the film focuses on at the end is the goodbye between Bill and Beverly. Why? Are we, as the audience, suppose to be hoping that these two end up together when they re-unite as adults?

If that’s the intention of the filmmaker, then why focus so much on the poem that Ben wrote? If anything, why not make it so that Bill did write the poem. As I said at the beginning, Mike’s backstory was given to Ben, why not give some of Ben’s backstory to Bill? With so much left unknown about where this story is going, I’m really left wondering if I’m going to be let down by the sequel. Yes, I obviously have my complaints about the remake and the changes it made, but I certainly don’t hate the film. With what’s left of the story to tell though, how much of King’s work is left to be used and how much original story telling will we get from Andy Muschietti, the man that brought us the underwhelming “Mama”, and the other writers that will be brought on to the project? Everything seems to be pointing to a 2019 release, so the time I have to wait to find out if my concerns are just is only right around the corner.

So, what do you think? Am I nit-picking? Do you have any concerns about where the next film is going? Let me know down in the comments either here on the site or back on the Facebook page at https://www.facebook.com/ThinksofaThoughter/  what you thought.