Welcome to Deja News, the every Monday article where I talk about the news you already know about, and if you don’t know about it, you’re welcome.

Why the latest Nintendo Direct was Great and a Let-Down, All at the Same Time

Nintendo continues to make the right moves… if you’re a Nintendo fan. This past week Nintendo held a lengthy Nintendo Direct that included Mario Odyssey, Xenoblade Chronicles 2, and to everyone’s surprise, Doom and the upcoming Wolfenstein 2. Yes, Mario Odyssey looks incredible and a must play for all Switch owners, but the announcement of Doom and Wolfenstein 2 is really only exciting for gamers who ONLY play games on the Nintendo Switch. When Wolfenstein 2 releases later this fall, players will be able to play it on the PS4, Xbox One, and PC, where the game will run and look much better than it will on the Switch. Yes, I think the idea of having such big games on the go is a cool idea, but for me, that’s not what I want out of a Nintendo Console. Where’s Animal Crossing, where’s Smash Brothers, and most importantly, where is the Virtual Console?

I thought Nintendo did such a great job at this year’s E3 when they announced that a Pokémon game would be coming to the Switch. That announcement brought Nintendo one step closer to being a one device company. But with no announcement of a Virtual Console and announcements of more 3DS games, Nintendo seems to be taking two steps forward, one step back, at least for people that are still waiting to jump in and buy the latest Nintendo console.

I’m not at all suggesting that this Direct is all gloom and doom. I’ve liked a lot of what Nintendo has been showing off lately, and with how odd of a company Nintendo is, I wouldn’t be shocked if they announced another Nintendo Direct for January that announced all of the things I’ve been waiting for since the console was first released. 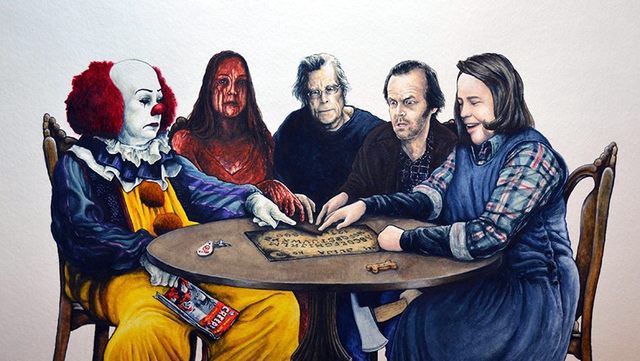 What It’s Success Means For Hollywood

For two weekends in a row ‘It’ has dominated the box office. In its first weekend, it destroyed the horror movie box office record of 52.6 million dollars by earning a staggering 117 million dollars. The film then followed that up by bringing in another estimated 60 million dollars in its second week and that’s all only domestically. Internationally, the film is doing just as well. So what does all this mean for Hollywood? Well, as we know, when something is a hit, Hollywood has a tendency of beating that horse until it’s dead… and then continuing to beat it until no one cares that there’s a man OR WOMAN in an expensive suit beating a dead horse in the middle of the street.

Just within the last 10 years we’ve seen darker, more serious superhero movies because of the success of Christopher Nolan’s Batman and every book franchise become a film because of the success of Twilight. So when a film that had a roughly 40 million dollar budget brings in 117 million in it’s first week, people are going to start paying attention and those people, more importantly, are going to figure out what else can make that kind of money at the box office.

To be perfectly honest, ‘It’ could be a collection of perfect situations that have resulted in it’s success, but to Hollywood, lightning in a bottle is easy to make happen as long as you’re willing to stand outside in a lightning storm while holding an empty bottle. And that would all be great if we end up getting remakes of other Stephen King stories like Silver Bullet, Pet Sematary, Cujo, or Christine, but more than likely we’ll be seeing I Know What You Did Last Summer and Leprechaun. Because if it came out in the 90’s then obviously 90’s kids will go, no matter the quality of the film, right? I know I personally can’t wait for that Animorphs reboot.

Well, this has been another week of Deja News. Let me know either on the site or over on the Facebook page https://www.facebook.com/ThinksofaThoughter/  your on today’s stories. Are you excited for what Nintendo announced? What about ‘It’? Is there something from the past you’d like to see Hollywood remake?