So many amazing movies came out this past year and some were lucky enough to make my list of the best movies of 2017. Some were big budget action movies that made millions of dollars at the box office, while others were smaller indie films that delighted those that were able to see them. Unfortunately though, there were a few movies that I was unable to catch this year due to one reason or another, that I feel confident would have made the list. So before we get to the main list of movies, here’s another list of movies that didn’t make this list but made another list… yep.

I stood mostly alone when Prometheus came out, and I’m more than happy to stand alone with Alien Covenant. Not only do I think this is a great film, I think it’s easily one of the best movies of 2017. The movie does so many weird and interesting things that no big budget summer movie would normally ever try. I love the world building, I love unafraid the movie is to just be gross in a fun old school horror movie kind of way, and I really do like all of the characters and performances in this film. Everyone and everything in this movie is nearly perfect… aside from the weird flute robot scene. That, I can admit, was a moment in the movie when I thought, maybe a director can have too much control of his film.

Based off the true story of lead actor Kumail Nanjiani, The Big Sick tells a fantastic story love, family, and trying to achieve your dreams. Yes, as I say it out loud, it sounds very cliché, but I promise, they way this movie tells its story is just phenomenal. It’s a film written by two people who have actually experienced what they are writing about. Often times throughout the film, I thought the dialogue came off more like I was watching a documentary and not a movie with actors and a script. When the movie wants you to laugh, you’ll laugh and when the movie wants you to cry, you’ll cry. It also has Ray Romano and Holly Hunter in it. If that’s not enough to justify making my list then you clearly don’t understand the cinema… just kidding, but seriously, who doesn’t love Ray Romano?

When Blade Runner 2049 was announced, nerds like myself passed out with excitement. The man who brought us Prisoners and Arrival is making the sequel to Blade Runner? Where do I sign up. Of course, with such high expectations, disappointment is often waiting to meet you behind the curtain. Thankfully though, Blade Runner 2049 is a masterpiece. There’s that phrase that people like to throw around, jack of all trades, master of none. Yeah, it’s the opposite for Blade Runner, master of all trades, jack of… none. It doesn’t really work when you flip them around like that, but you understand what I’m trying to say.

Do you like having a good time when watching a movie?  Then boy do I have a movie for you. Guardians of The Galaxy 2 is just a good time through and through, and what takes this film from being just another good Marvel movie to being a great movie is the emotional resonance that the film brings. Whether it’s the continuation of the relationships between the film’s main characters that are built-in this follow-up or the overall story of wanting to know where one comes from. When I walked into the theater I was expecting a fun film but when I left, I knew I had just seen a great film that would stick with me for years to come. 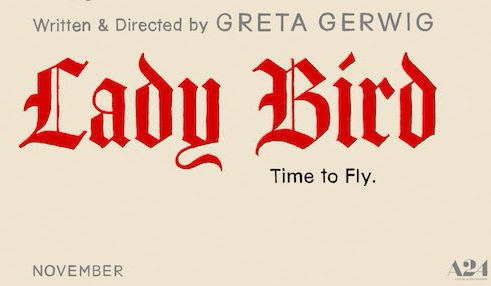 My thoughts on this movie have already been shared on the site, but I’m more than happy to tell anyone who doesn’t know just how good Lady Bird is. Yes, it’s an indie movie about a girl in her teens trying to figure out life as she’s about to enter adulthood, but much like The Big Sick, it’s a movie that takes a simple story and spins it into a fantastic story that I didn’t think I would be able to relate to, but absolutely did when the film was over. 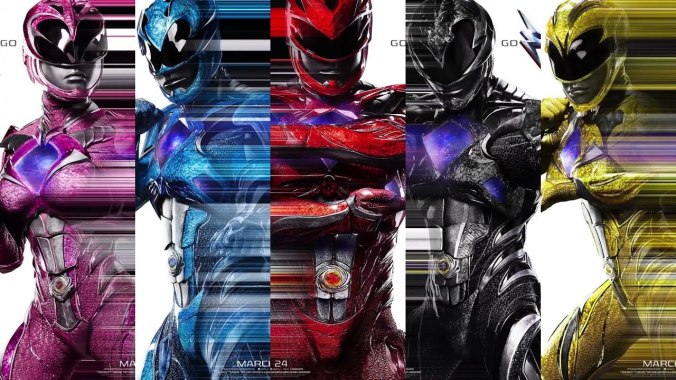 I know, I know, and trust me, I understand why you think I’m crazy for putting Power Rangers on my best movies of 2017 list, but I don’t care. I grew up loving The Power Rangers and for years I’ve had to deal with awful movie versions of G.I. Joe and Transformers, all while I just sat and waited for the things I loved to have their day. Of course, I was terrified when Power Rangers was announced, but other than that really goofy Krispy Kreme scene near the end of the movie, it was everything I could have asked for. I loved the characters, I loved the way the suits looked. I loved the added backstories to some of the classic characters, and I loved that they weren’t afraid to acknowledge the past. The movie plays the Power Rangers theme song. If that’s not pandering to an audience, I don’t know what is. Is it a great movie? Maybe if you didn’t grow up loving the show like I did, you’ll have issues, but for me, it was as perfect a film about teenagers with attitude getting super powers could be.

Star Wars The Last Jedi is the worst movie of all time, it killed the franchise, the characters are really awful, and on top of that the acting is terrible… oh wait, that’s a different Star Wars movie. Star Wars The Last Jedi is a fantastic film and the fact that there are people in the world claiming it’s a bad movie, is quite possibly the most confusing thing that’s ever happened. Featuring some of the most compelling characters that find themselves involved in a great story that will keep audiences on the edge of their seats until the very end.  Yes, the stuff with the casino is a bit slow and yes that part at the end when that character looks like they’re gonna die but then something happens and they don’t, was a bad choice, but two tiny moments that take place inside a movie that’s over 2 hours long should determine if a movie is good or bad. Also, I really don’t feel like people mention that one very specific fight scene enough. I honestly would put that particular scene up against any other fight scene that’s been in any movie, ever. If you’re reading this and for some reason haven’t seen The Last Jedi, please, you are living life wrong. Go see it now.

Do you like having a good time when watching a movie? Then boy do I not have a movie for you. Don’t get me wrong! War For The Planet of The Apes is a great film, but it’s not something I would recommend to just anyone. It has a lot going up against it. You need to watch the first two films to understand the real weight of what’s going on the film. To really appreciate everything that the film’s characters are going through is told throughout the entire trilogy. And once audiences get past that hurdle, they’re met with a film that is about as fun as Schindler’s List. Yes, there are characters in War that do, thankfully, bring levity to the film, but ultimately, it’s a movie about war, history repeating itself, and being scared of losing one’s place in the universe. It’s a great film and though I only have given a number ranking to one film this year, I can safely say that War For The Planet of The Apes would have definitely made my top 3.

Much like Lady Bird, I’ve already shared my thoughts about Coco on the site before, but ultimately, the reason this movie is my number one is because of how it connected with me. Like I said in my review, a movie about a little boy refusing to follow in his families footsteps didn’t quite scream, “Chris will connect with this on a deep emotional level,” but boy was I wrong. Featuring fantastic music, a beautiful art style, and, as far as I’m concerned, the best story of the year. If you’re looking for a great movie that you can watch with your kids, Coco is for you. If you’re looking for a great movie that you can watch and remember how happy a certain family member made you feel, Coco is the movie for you. From top to bottom, Coco is a near perfect film. If you missed out on this one because it’s an animated film or the trailer didn’t give off the impression that it was going to be something you liked, more than any other movie on my list, I promise you will, at the very least, enjoy Coco.