While there is a rumored leaked list out there that includes characters like normal Vegeta and Goku, Secret Thoughter M and I think that list is so boring. If the list of future characters really does include Goku and Bardock, that would mean that Dragon Ball FighterZ would have a roster that has 5 characters that all look like Goku. Goku might be a classic character but at some point, too much cake is still too much cake. So after giving it some thought, Secret Thoughter M and I have come together and made our own list of characters we would like to see added to the game. Of course, we understand that some of these are probably not going to make their way into the game, but if they did, at the very least, it would make us happy and isn’t that ultimately what matters?

With Android 16, 17, 18, and 21 already on the roster, why not finish out the family by adding Android 19 and 20. Similar to Android 17 and 18, the obvious way for these two characters to play would be as a team. Whether it’s the ability to drain energy or to work in tandem together, I think the addition of these two to the roster makes all the sense in the world.

Everyone’s favorite Grandpa, Master Roshi has had moments of greatness throughout all of Dragon Ball’s history. His most famous being the time he showed off the power of his Kamehameha blast in Dragon Ball. While I wouldn’t be surprised to see Master Roshi be left off the list of future characters, I personally would be thrilled to see the original teacher in the game.

Is there a single Dragon Ball fan that doesn’t think Broly is awesome? Maybe it’s because he’s the size of a house after he transforms or maybe it’s that sweet haircut, either way, Broly has always been a favorite amongst fans. As far as I’m concerned, it would be downright criminal to not include him as one of the future DLC characters. Between his quick movements, incredible strength, and brutal attacks, I think Broly would make a fun addition to the DBFZ roster.

For whatever reason, I have always been a fan of Zarbon. Maybe it’s the fact that he can transform or maybe it’s the fact that he looks like a pretty boy but in actuality, he’s a total badass. Either way, it’s pretty obvious that his famous transformation is what would make Zarbon such a unique character to play as. A fast, combo-heavy character pre-transformation and slow but hard-hitting monster afterward.

I know, I know, Mr. Satan would easily be the weakest character added to the FighterZ roster. How would the developers even make him a fun character to play as? Well for starters, if the Yamcha can be turned into a fun character, all bets are off. It’s also important to think of the already existing roster. The character that inspired this choice was Captain Ginyu. Ginyu is a character whose entire move list is based on him using the other members of the Ginyu Force. If it’s good enough for Ginyu, it’s good enough for Earth’s mightiest warrior. Whether it’s Fat Buu jumping in and helping his friend or Goku throwing a spirit bomb at your opponent, there are a lot of options for Earth’s great champion and hopefully, we get to one day see him in the game.

Maybe The Great Saiyaman would be better suited as an alternate costume for Adult Gohan but if there’s an opportunity to put Videl in this game, even as an assist character, I think it should be done. Besides, Great Saiyaman, unlike regular Gohan, never really used Kai blasts all that often. I think it would be a great way to include another version of Gohan without him looking like… well Gohan. This seems to be a problem the game is having with Goku, but that’s a different conversation for another day. The point is, The Great Saiyaman along with The Great Saiyawoman would be a great addition to the game. 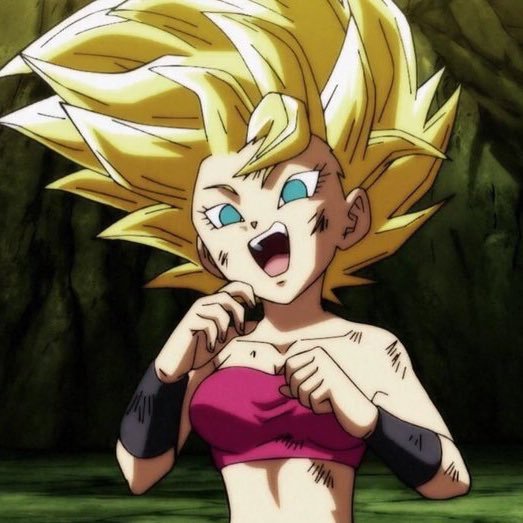 I’m gonna be honest with you, I’m only 16 episodes into Dragon Ball Super so I really don’t know much about these two. All I know about Jiren is that he’s apparently a total bad ass that’s one of the strongest characters in the show. For Caulifla, I know pretty much nothing except that she’s the first female super saiyan to appear on the show and based off a picture I saw while looking her up, she seems to have similar abilities to Broly where she can increase her muscle mass. Either way, the game is really lacking female characters mostly because the show is so male-dominated and if there’s a chance to add a female character, especially when it makes sense, why not do it?

Secret Thoughter M: Kibito Kai is the fusion of Shin and Kibito introduced during the Buu Saga in Dragon Ball Z. Introduced as a pair in the series, they both acted differently and had separate strengths and abilities. Liking both Shin and Kibito separately (their strengths and their physical attributes), having a character look like and act as the fused version of those two characters is an excellent combination. My ideal version of this character and the way he would play is originally acting as a playable team (like android 17 and 18) and eventually using a power that would allow them to fuse into Kabito Kai. In the Dragon Ball Z series, after the fusion, neither characters could exist outside of the fusion being stuck like that for the rest of the series. To have the ability to change into a single fighter rather than a team and being stuck in that position for the remainder of the match would not only allow strategy when using the character but depth to two playable characters, including the use of a whole different playstyle and move set. 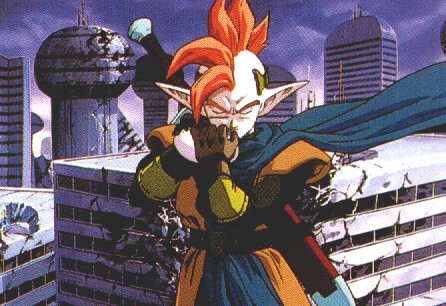 ChrisContinues: Maybe it’s because I loved The Legend of Zelda: Ocarina of Time when I first learned about Tapion but for whatever reason, I have always loved this character. Literally the Link of the Dragon Ball universe, Tapion has the ability to capture a skyscraper-sized monster name Hirudegarn using his magical ocarina. While my idea for Tapion using this monster as his super attack may break Tapion’s lore a little bit, this is a fighting game and ultimately I’m just interested in seeing cool stuff on the screen and the thought of seeing Tapion playing his ocarina for a split second before releasing Hirudegarn onto his opponent for a devastating attack sounds pretty cool to me. On top of having Hirudegarn as a super attack, the history of Tapion involves the famous sword that he eventually gives to Trunks and having a character that not only has a giant monster at his disposal but also a powerful sword sounds pretty great. Will I ever see Tapion in Dragon Ball FigherZ? Of course not! I have a better chance of having my other dream character Yajirobe appear in this game and we all know that isn’t happening.