Is UFC 3 The Game of The Year?

EA’s UFC franchise is one that has quietly been competing for the title of best sports game on the market since EA’s first installment and as far as I’m concerned, in 2016, EA won the championship when they put out UFC 2. With UFC 3 out, the question is can EA keep the franchise’s momentum going? Well, kind of. The truth is, UFC 3 is a great follow up in the series that takes a few steps back in the areas that it really couldn’t afford to. 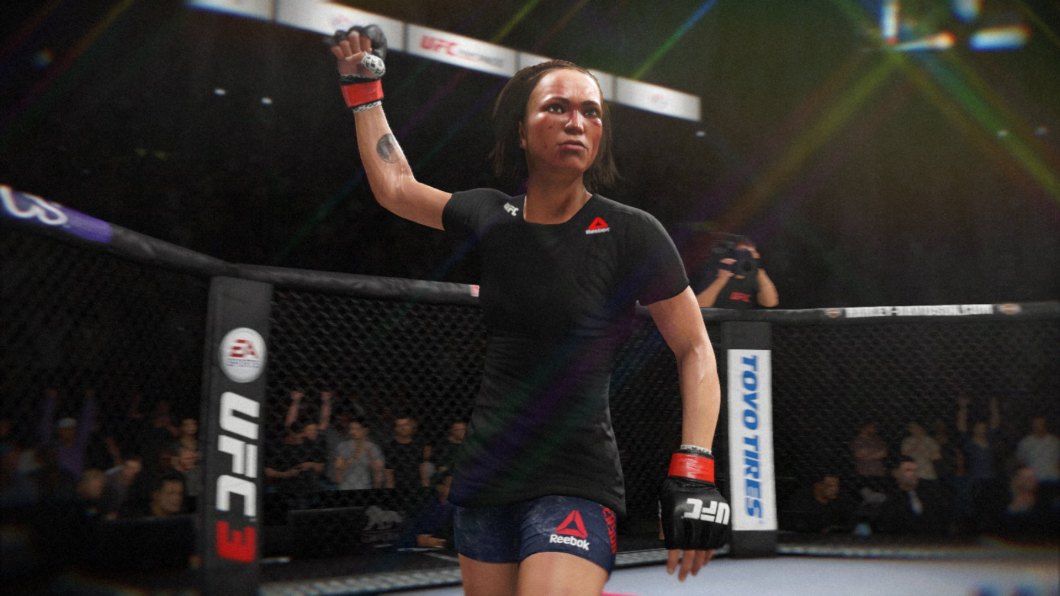 In any sports game, the most important thing is how does it play and without a doubt, UFC 3 plays like a dream… until you find yourself playing in a harder difficulty or against a skilled player that understands how the ground game works. If you have no understanding of how to play defense on the ground, this dream-like gameplay will quickly turn into a nightmare. So many times in career mode I found myself being taken down and then spending half the round trying to get off my back against an A.I. that isn’t really doing any damage to me until they put me in a position where I’m just completely stuck. Once that happens, I might as well restart the match because the only savior in moments like is how much time is left in the round. Even more frustrating, at least in my case, is that once players learn the basics of defense on the ground, it still doesn’t seem to work. Often times I found myself doing everything correctly and still being moved around on the ground with ease. The same can be said about the submission game as well. Basically what I’m saying, in so many words, is that the A.I. in this game are dirty cheats who are too good.

Ranked matches though are fun because so many players, at least the lower ranked ones I’ve been facing, are more prone to remain on their feet and once you’re there, that’s when you get right back into the dream-like state of gameplay that the game offers. Every punch, kick, and even head movement seems fluid and realistic. With ranked mode though, there are some issues that I’ve noticed such as the lack of asking an opponent for a rematch. So many times I’ve found myself involved in a classic back and forth battle but once it’s over I’m forced to back out to the lobby and search for my next opponent. It’s a very minor complaint but still a feature I hope to see added in the future.

Speaking of additions to the game, one thing that UFC absolutely deserves to be praised for is its constant updates of modes. There’s currently a mode called “Live Mode” that allows players to not only pick the winners of upcoming fights but pick the outcome of that fight as well. After doing so, players are then given the option of actually recreating the fight in the game and trying to make their predicted outcome happen. What’s great about this is that the UFC constantly has events occurring year round which means that there will always be new, free content available for players. On top of Live Mode, another thing about not only UFC 3 but the UFC series overall is that fighter stats are constantly being tweaked to make sure that fighters represent their real-life counterparts the best that they can, and when fighters are added to the series they are often free. This is, of course, crucial for the UFC games because the sport is constantly changing. A no-name fighter today might be a top 10 contender by the end of the year, so having that flexibility is key to making the game feel fresh. 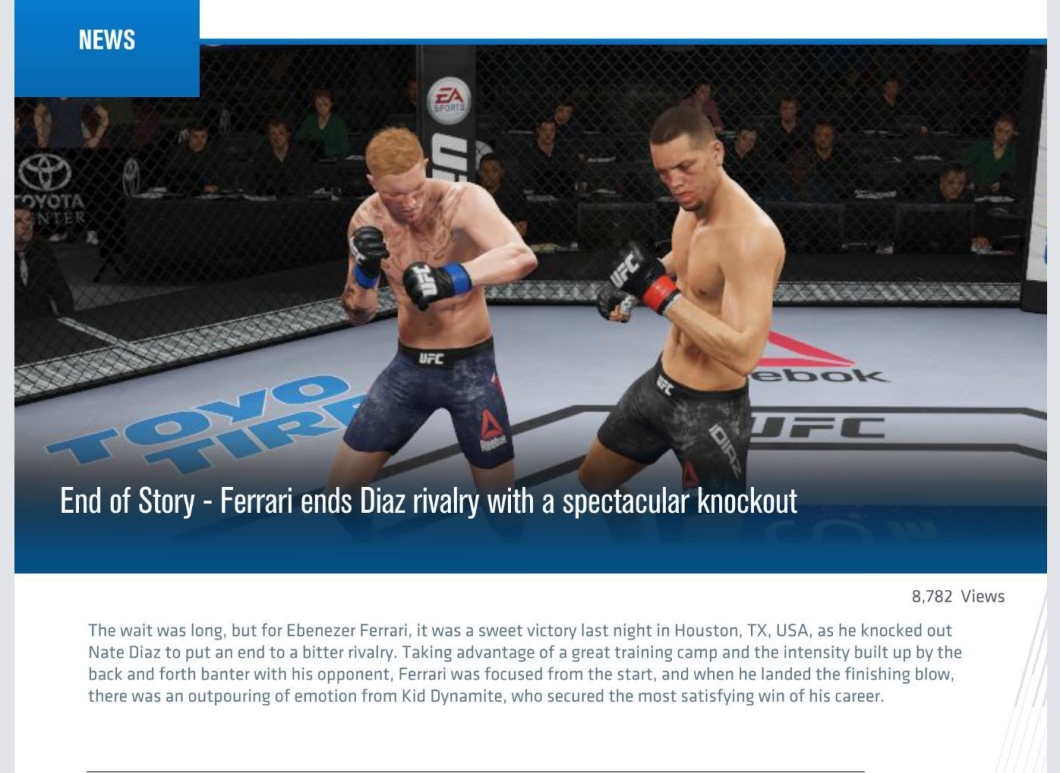 Mentioning that the game offers free updates does make me wonder if there’s any chance we’ll see an update to the announcing. Unfortunately, EA was unable to get longtime announcer Joe Rogan to record new voice work for UFC 3 and it is noticeable. Newcomer John Anik does his best to fill the fight with new and fresh takes on what’s happening in the cage but there are several times where he goes on long rants about how amazing a fight is and then Rogan responds with, “yep.” It’s the downgrade of commentary that really hurts modes like Career mode. This year they added rivalries and when players find themselves in a rivalry fight, they’ll hear Anik do his best to discuss how the two fighters in the cage just don’t like each other and how they’re going to settle their differences in the cage tonight, but without Rogan responding back like they’re actually real people watching a big rivalry fight it takes away from the moment that the game is trying to create.

Overall, UFC 3 continues to be a game that longtime fans like myself are going to love and spend hours upon hours with. For newcomers that are looking for a game that fills the void left by Fight Night, this just isn’t it. While the game does have modes that remove the ground game completely, I would never claim that’s enough for someone to purchase the game. Newcomers looking for a fun, simple combat sports game, stay away. If you liked UFC 2, I’ve got good news for you, you’ll feel right at home with UFC 3. For that reason though, I just can’t give it the game of the year, and with that, we have our first successful defense of the title by Monster Hunter World. Up next is Kingdom Come Deliverance. Will it be able to take down the might Monster Hunter? Only time will tell. 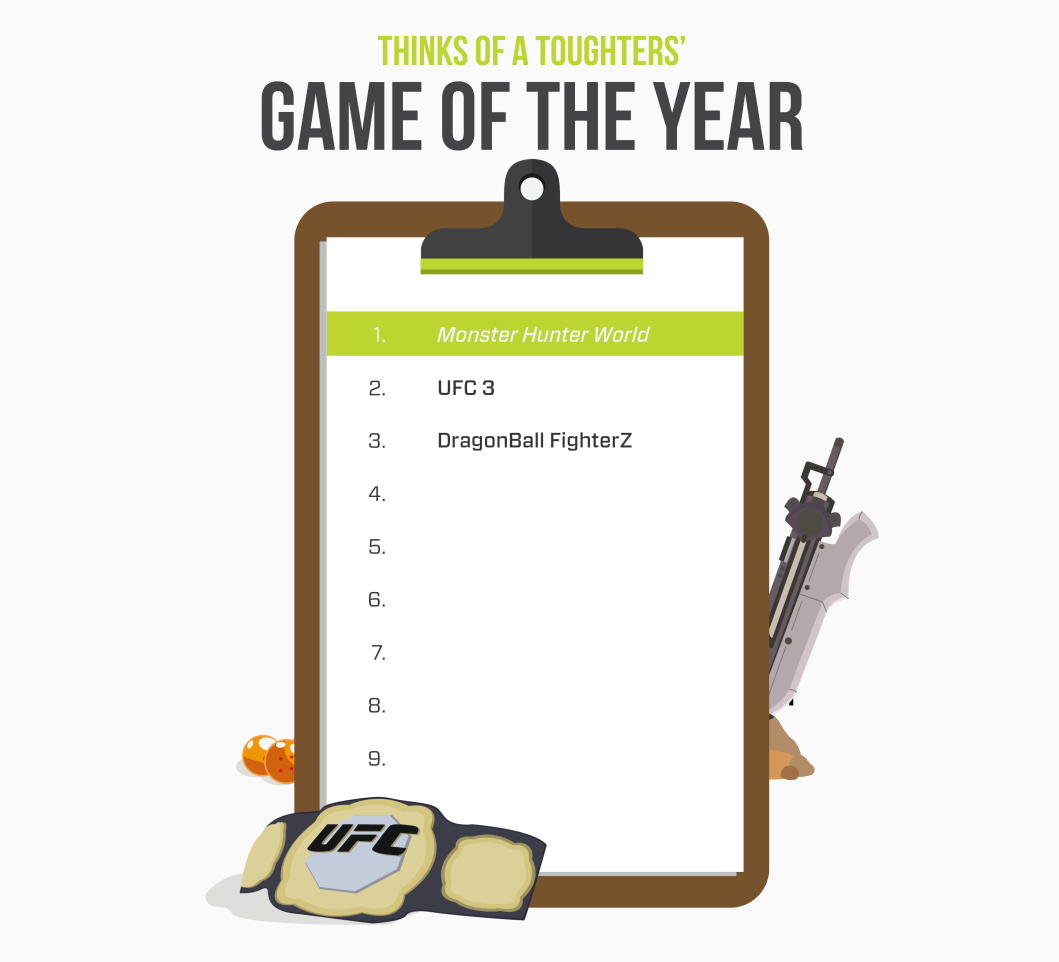