Who Should Join The Smash Bros. Roster

After having a very important meeting with Secret Thoughter S, M, and J, I’m proud to announce that we’ve created a list of characters we’d like to see in the upcoming Super Smash Bros. for the Switch. This is by far the best list anyone has created on the internet, pertaining to this specific topic. Suck it Telemundo! And of course, feel free to leave a comment down below letting me know who you think should be in the upcoming game.

Shovel Knight has very quickly become one of the most memorable characters of this generation and what better way than to cement this character’s legacy than to have him kick the crap out of Luigi? Also, this guy will show up to any game he’s invited to. At this point, him not making an appearance in Smash just seems weird.

While I’m sure some would argue that Alucard should be the character from Castlevania that makes their way into Smash, I think the OG of the series, Simon Belmont is the man for the job. Simon has an incredibly rich history with Nintendo that some may not know of. Not only did he star in the first two Castlevania games on the NES, but he was also one of the main characters in Nintendo’s so bad it was good animated series, Captain N: The Game Master. And if anything, Alucard is already taken. Clearly, he’ll be in the superior fighting game, PlayStation All-Stars 2.

What is left to say about this legend that hasn’t already been said? It’s time that the Wa Brothers are united in Smash Brothers. For far too long Nintendo has forced us to accept the lameness that is Mario Brothers, but today I say, NO MORE. Waluigi is far superior to that loser Luigi in every way. He’s taller, has a better mustache, his eyeliner is on fleek, and from what I’ve seen on DeviantArt, he’s quite the lady’s man.

Smash Bros. has given us the chance to see legendary characters like Mario, Sonic, Pac-Man, and Mega Man all sharing the screen at the same time, but sadly one very important mascot has been missing and that’s the Bandicoot. We all remember those iconic commercials of that guy wearing the Crash costume standing outside the Nintendo headquarters yelling at the company, telling them there days were numbered. Well, those of that were born before the millennium hit remember… I’m so old. ANYWAYS, Crash is awesome and with his remastered collection recently being announced for the Switch, bringing this character to the next Smash only makes perfect sense.

Noctis?! The kid from Final Fantasy 15? Before you start telling me and my friends (by the way this was Secret Thoughter S’ idea, not mine.) that we’re crazy for even suggesting this, at least let me lay out some evidence. Final Fantasy 15 is currently playable on an iPhone. Without a doubt, that game, in some way, is going to come out on the Switch and you know that all of the characters are going to have Nintendo themed outfits that you’ll be able to dress them up in. My 2nd piece of evidence, Metal Gear Solid. Does no one remember the time when they put Snake in a Smash game? That was weird and awesome at the same time. And if anything, Noctis is a lot like Shovel Knight, there’s never been a party he’ll miss. The guy is in Tekken for crying out loud, he’s going to be in Smash Bros. 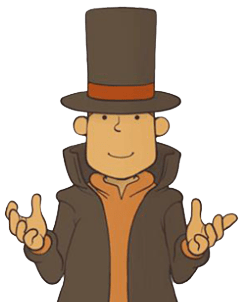 With the exception of knowing that Professor Layton is a puzzle, I don’t know much about the character. The simple fact that I’ve heard people talk about his games in such high praise for so many years means it’s time to pay this character the respect he deserves. And based on this picture I found of him, it looks like the Professor is about to solve the greatest question of all, who’s ready to catch these hands? 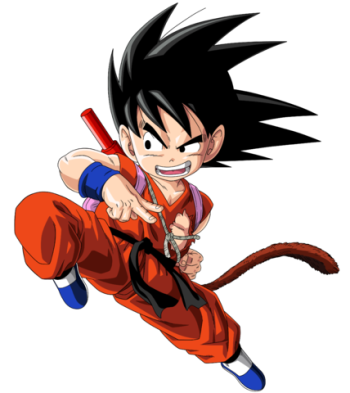 We all want Goku to be in this game. It’s a fighting game, he fights, it’s Macho Man and Ms. Elizabeth all over again, AKA a match made in heaven. Me personally, and I’m sure everyone will disagree with me, I don’t really want to see adult Goku though. Maybe it’s because I play so much Dragon Ball FighterZ, but I would just prefer to look at something a little different. This is why I’m suggesting kid Goku. Just think about it, he could use his tail, he’s got that staff, and there’s also Nimbus. Kid Goku could have some really cool moves and on top of that, his super would obviously be a Kamehameha and since that would be the only time he did any type of blast, it would be awesome and make the move feel really special. I know, I’m wrong. Super Saiyan Goku is what you all want and it’s probably what you’re going to get, but I can dream can’t I?